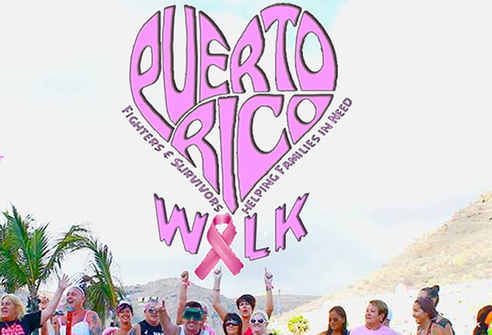 GET A Solidarity T-Shirt HERE  to register for the walk

Will you walk the walk? 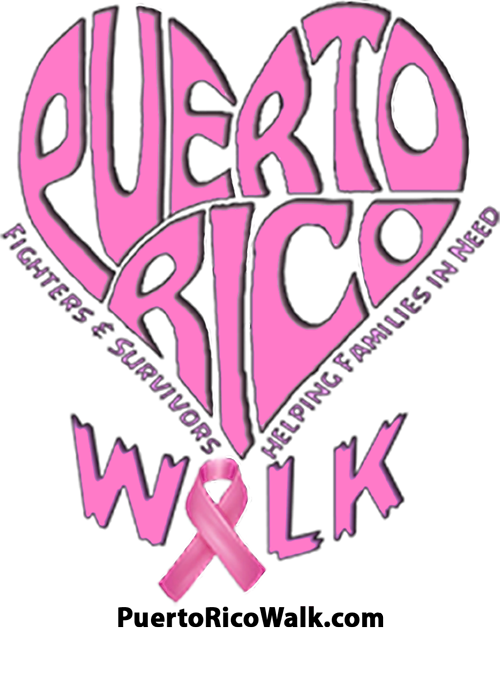 Starting to gather at The Pub, fase IV,  behind Shopping Centre Puerto Rico from 5pm, Saturday September 28 (afternoon pre-gathering at The Pub from 2pm)  Ready to Walk at around 6pm to Amadores and back again.

Suggested donation 10€ to receive one of the official solidarity T-shirts…
hope to see you there!
Register for A Solidarity T-Shirt HERE  & register for the walk

Will you walk the walk? Celebrating Women, Fighters, Survivors & Families in Need

All are welcome to the Puerto Rico Walk, meeting from 5pm Saturday September 28 as The Long Walk 2019 crosses the highest summit on Gran Canaria for the 8th year running, we are hoping to gather a few extra funds with the extraordinary help of The Pub and her patrons, who will be raising funds in the run up to International Breast Cancer Awareness Month (October), with every penny raised this year going to benefit Women, Fighters, Survivors & Families with donations to both the ACCM Canarian Breast Cancer Association and the Mogán Neighbours Food Project (Nabojhelpen) who support the most vulnerable in our local community. 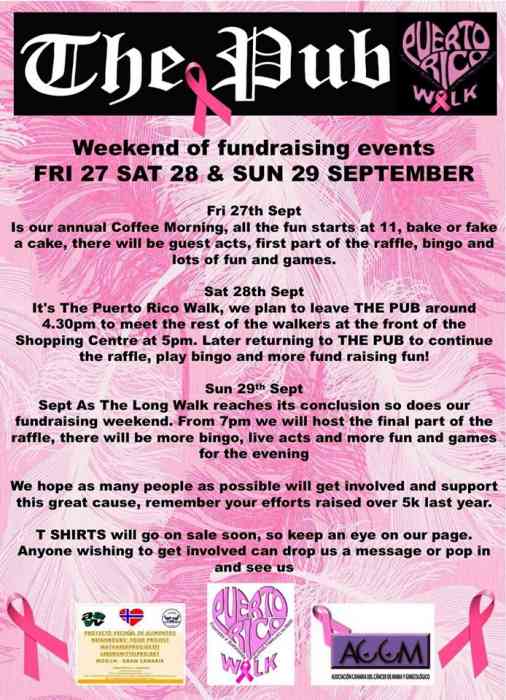 In 2011 The Canary News, Gran Canaria’s English Newspaper, ran a 3 month campaign, with GLAY, in the run up to the 10th Maspalomas Pride to raise money for our local breast cancer association the ACCM.  We encouraged English speakers from across the island to join us, which they did; with none more successful in raising funds than a group of girls from “The Pub” in Puerto Rico de Gran Canaira who managed to raise more than 7,000€ by performing their provocative Burlesque show in the bars of Puerto Rico Shopping Centre.

By the end of the campaign, with a finale held at the famous Sioux City music hall, and supported by coach loads of locals, who came in buses supplied by tour operator TUI España, the combined efforts of the English speaking community on Gran Canaria resulted in a massive donation of more than 20,000€ to the ACCM Asociación Canaria de Cancer de Mama

The following year, 2012, the good patrons of The Pub got together to hold the very first Puerto Rico Walk, from Puerto Rico Shopping Center to Playa de Amadores and back again, raising more than 2000€ on the day and leading directly to the creation of The Long Walk as part of an attention grabbing promise by a local newspaper editor to help gain support for that 1st solidarity walk.

Several other walks and fundraising events have since been initiated all across the island, from Maspalomas to Las Palmas, and The Long Walk has continued coast-to-coast, over the highest mountain on Gran Canaria, ever since.  However, it all started at “The Pub” who supported The Canary News from that very first successful campaign in 2011.

Seven years later, and with well over 100,000€ raised and counting, The Long Walk is once more crossing the island, hoping to meet a few of our supporters along the way, along with some of the original faces and instigators of this now iconic solidarity event.  This is The Puerto Rico Walk!

Check out this years route here: 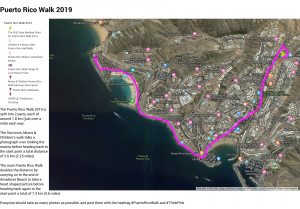